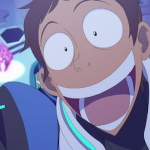 Hey, I'm Katch K. (short for Kartoons) and I'm a massive fan of the animation and cartoon world! Because Recess is one of my favorite cartoons of all time, I enjoy contributing to and helping out its wiki!

My Favorite Cartoons of All Time

Retrieved from "https://recess.fandom.com/wiki/User:Katch_K.?oldid=43105"
Community content is available under CC-BY-SA unless otherwise noted.